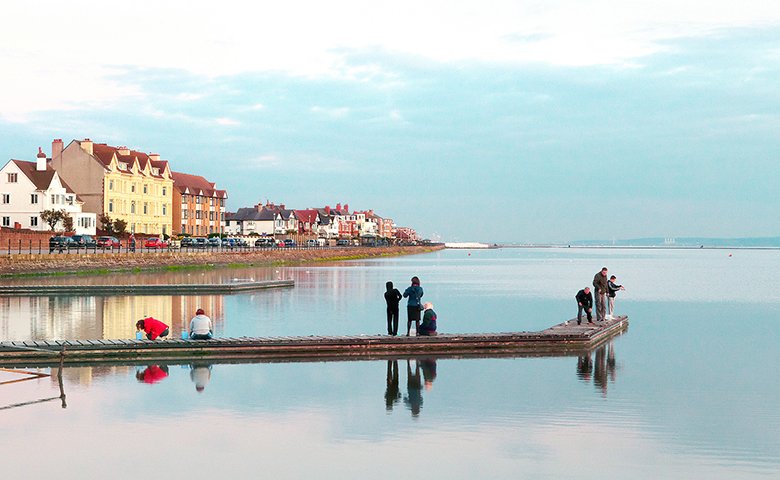 Young adults are the driving force behind increasing demand for waterside living in the UK, according to a recent survey by Strutt & Parker.

This compared to just 12% of over-45s, while 16% of under-35s wanted to return to their childhood home. While people either moved to a waterside location or aspired to move at the average age of 43, the results demonstrated that 41% of adults want to move closer to the water before the age of 35.

Those working from home do this for three days a week on average. The telecommunications, technology, internet and electronics sector is one of the industry sectors driving the trend, with 77% of workers in this kind of job working from their waterside home. This compares to 25% in education and 33% in healthcare and pharmaceuticals.

Living by the water remains a top aspiration

The allure of waterside living remains strong, with many people seeing it as an obtainable aim. Some 57% of those who do not currently live within three miles of the water said they would like to in the future, with 29% hoping to do so in the next 10 yeas and 29% at some point.

Interestingly, there was a jump in the number of people who wanted to move to the waterside in the nearer future. Some 18% said they are actively looking to do so in the next five years, up from 12% in 2017.

Among under-45s who would like to live near water in the future, 33% believe it’s very much obtainable while 40% said it’s somewhat obtainable. In comparison, the majority of over-45s say it is not obtainable (56%).

“It’s encouraging to see that nearly three quarters of under-45s regard living by the water as an obtainable aspiration,” said Richard Speedy, head of waterside at Strutt & Parker.

He said that waterside living has much to offer, inspiring a more active outdoors lifestyle and a sociable environment for spending time with friends and family. In fact, the survey revealed the nation’s top five favourite waterside activities were exercising (46%), eating out and picnics (31%), socialising with friends and sunbathing (29%).

What’s more, this year has seen an increase of people being lured to the waterside by the promise of good food – up to 15% from just 7% in 2017’s survey – with the ‘foodie’ scene, café culture and pubs/restaurants all being in the top 5 lifestyle elements associated with living by the water.

Relaxation topped the reasons why people would choose to live close to the water (51%), followed by better air quality (47%), views (46%), exercising such as walking, jogging and yoga (38%) and mental wellbeing (35%).

Vanessa Hale, director of research at Strutt & Parker, commented: “As concern over air pollution grows, better air quality has overtaken ‘views’ to become the second top driving factor. It was interesting to note that 41% of adults aged over 45 wanted to live near to water for their mental wellbeing, against 27% of under-45s.”

Hale said the links between living by the water and benefits to mental health have long been documented, with marine biologist J. Nichols coining the phenomena of stress-relief as having a ‘blue mind’.

Further research by the Michigan State University, which used data from New Zealand, found that residents in properties with an ocean view were happier than their land-locked neighbours – the first report to find a link between health and visibility of water, which scientists call ‘blue space’.

“Our survey reflected the desire many people have to own a property with fantastic water views – a huge 79% of adults who live near water, or would like to in the future, would be looking to invest in property with outstanding views over water. Some 55% would pay 10-25% more for this benefit,” Hale added.

Types of waterside properties in demand

Among those who live near the water, or would like to in the future, the preferred type of waterside to live near to is the seaside/coast (52%), followed by lakes/lochs (17%) and rivers/estuaries (13%). However, there has been an increase in those who desire to live near to docklands (7% compared to 1% in 2017).

In terms of property types, cottages were the most preferred (39%), followed by a seaside retreat (25%), modern/Grand Designs style (21%), Georgian/Victorian/Edwardian (20%) or a penthouse/apartment (19%).

Want to live by the waterside? In Wirral you're never far away from it! Search our availability here.