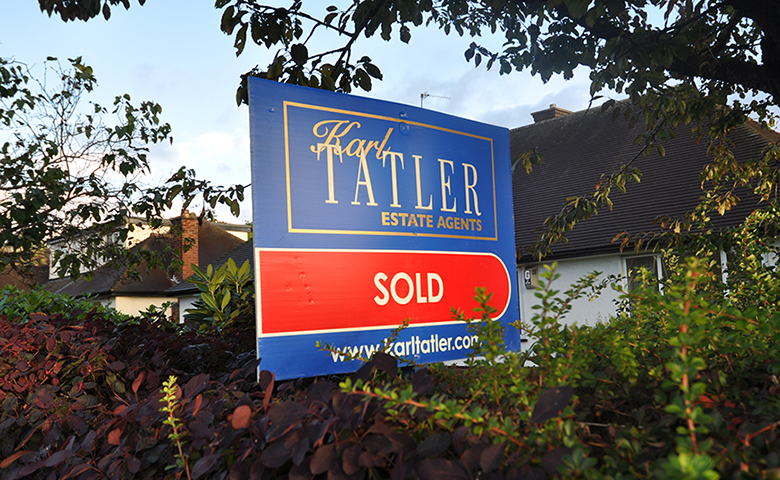 Jeremy Leaf, north London estate agent and a former RICS chairman, said: “Once again it’s the number of transactions and the pace of change which is much more relevant to testing the strength or weakness of the UK property market than house prices.

“These numbers show that the patient is in reasonable health and has taken the interest rate medicine in its stride, showing activity holding up reasonably well and even progressing marginally compared with previous months.

“The market enters the important autumn period with reasonable confidence, not expecting any great changes either way. On the high street we have noticed more interest in buying and selling, although we are finding it hard for deals to gain traction unless there is realism on all sides.”

Mark Harris, chief executive of mortgage broker SPF Private Clients, said: ‘As we leave the glorious summer behind us and move into autumn, the signs are promising for a decent end to the year.

“Despite a well-anticipated rate rise in August and ongoing concern around Brexit, many people are still getting on with making decisions and buying and selling property.

“This is helped by lenders with an obvious desire to lend in the run up to the end of the year, offering fixed rates in particular at competitive levels.

“Buy-to-let has been hit hard with tax and regulatory changes but it is proving to be fairly resilient. While there has been a noticeable drop in novice landlords, many experienced investors continue to add to their portfolios.

“Remortgaging numbers have significantly increased as landlords opt for fixed rates to protect against further potential rate rises, or shift to another lender because their own is no longer active.

“We are also seeing a number of landlords change the way their asset is owned, moving it from their own name into a company, which generally requires refinancing.”

He said: “Property transactions have remained stagnant for some time now. Financial barriers, like stamp duty, are discouraging homeowners from moving up the ladder and instead choosing to ‘improve, not move’.

“The government must continue to focus on delivering the thousands of new homes our country needs, but it’s important that we consider the challenges facing buyers further up the chain too. For example, a stamp duty exemption for last-time buyers would help stimulate activity and keep the housing cycle moving.

“Removing this barrier to older owners would open up properties for families who want to upsize and also the next generation of buyers who are trying to take their first step.”

Want to know the value of your home? You can arrange a free market valuation here