Permissions for new homes rising in UK, but they won’t be built for three to four years 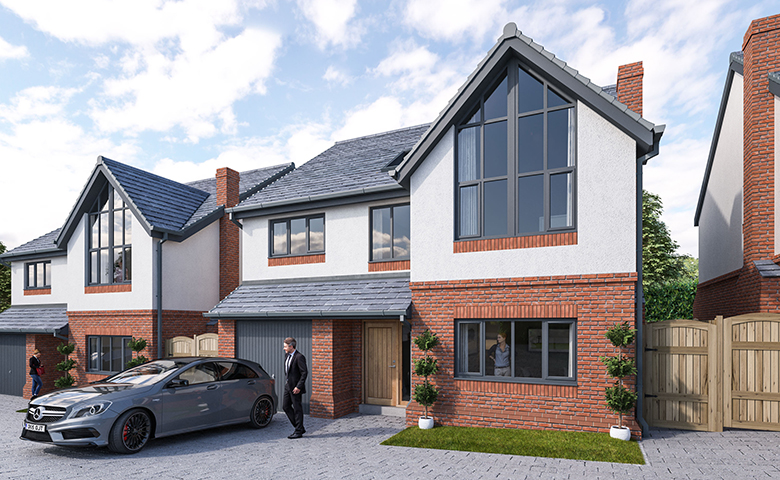 The number of permissions granted for new homes in the UK is increasing which should translate into more homes being completed in three to four years’ time but the number of sites is falling, the latest analysis shows.

Overall permissions granted by councils increased by 9% in the final quarter of 2016 compared to the previous quarter and were 5% higher year on year, according to Housing Pipeline survey from the Home Builders Federation (HBF).

The data also shows that permission for 293,127 new homes were granted in 2016, the highest yearly total since the HBF Housing Pipeline survey began in 2006 and a strong indicator that increases in house building are set to continue.

However, there is considerable delays in the development system and the number of permissions granted tends not to result in actually homes being built for three to four years ahead.

The HBF points out that this delay is an indication of the time taken to navigate the planning system from an initial, outline planning permission to the point where actual building work can start.

The industry welcomes the fact that councils are continuing to increase the number of permissions they are granting but there is concern that the number of sites permissioned is falling by 11% compared with 2015, indicating permissions are being granted on larger strategic sites.

Whilst the headline number of plots permissioned now exceeds the pre-crash peak by around 15%, the number of sites on which those homes could eventually be built is down by more than 10% on the same time period.

The HBF points out that because of the infrastructure requirements on larger sites, these permissions tend to take longer to start being delivered and suggests that councils should be realistic about the rate at which large sites can deliver and not expect one large site to address their housing requirements.

As per the Government’s Housing White Paper, it explains, local authorities need to work with developers to determine accurate build out rates so they can accurately predict the number of homes are being delivered on a site and thus overall housing delivery in their area.

The average permissioned site has increased by 16% in the last 18 months as local authorities, with ever stretched resources focus their attention on larger sites and the HBF explains that this highlights the problems small house builders have in finding suitable sites and progressing them through the planning process,.

The report also says that whilst housing supply is up 52% in the past three years developers are still not delivering enough homes to adequately cater for demand and the planning system remains one of the major constraints on supply. The HBF believes that speeding up the rate at which builders get onto sites, and ensuring local authorities abide by their responsibilities and allocate sites that meet their local housing needs are key requirements if the house building industry is to deliver more much needed housing.

‘The drop in the number of sites on which the permissions are being granted on is concerning. As the White Paper indicates, we need to ensure that permissions are being granted on a mix of site sizes and that local authorities are not reliant on one or two large sites. A mix of site sizes will better ensure a flow of housing completions and also enable SME builders to play their part in delivering new homes,’ he added.

According to Allan Wilén, head of business market intelligence at Glenigan which analysed the figures, the strong level of unit approvals during the final quarter of 2016 took the number of new homes securing planning approval last year to its highest level in over a decade.

‘Growth has been largely driven by private house builders and the strong development pipeline demonstrates developers’ confidence in the long term prospects for the UK housing market. Encouragingly the fourth quarter also saw a recovery in social housing project securing approval,’ he added.

Are you interested in developing a new home site, or in buying a new home? Visit our dedicated Land & New Homes page here