Most people in Britain want to make their homes more technology smart! 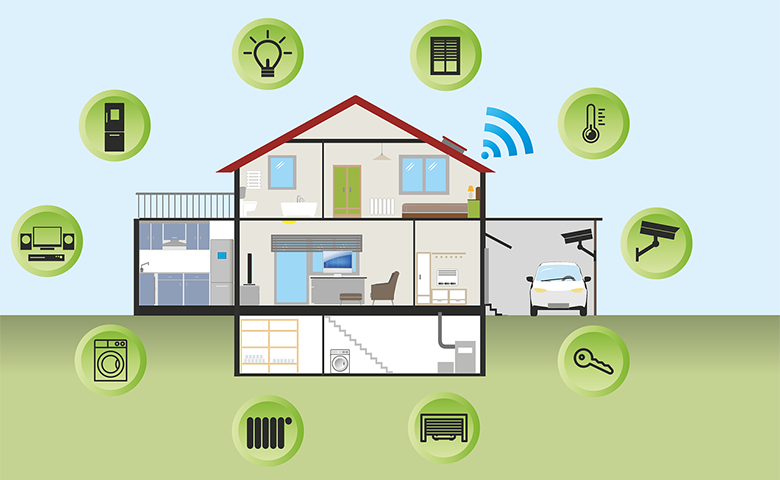 The majority of British people plan to introduce more smart technology into their homes to save time and money and become more energy efficient, new research suggests.

However, while 73% would like to do so, many do not understand the benefits, with one in five thinking that solar panels, for example, only generate electricity when the sun is shining and one in 10 thinking they don’t work when it is cold.

The research from E.ON also found that once common household items are now considered obsolete because of new technology. Some 52% said that CD and DVD stands are no longer needed, 48% have no need for a photo album, 34% said bookshelves are not required and 26% said cables and wires.

While overall the majority of people have already taken steps to make their homes smarter, the research found that 34% are planning further technology upgrades, although 27% have yet to adopt smart technologies in their homes and 21% of home owners are uncomfortable with using smart technology.

Those who’ve already implemented technology upgrades cited saving money as the top driver with 59% saying so, while 55% were motivated to be more energy efficient and 38% by saving time.

Almost half, 48%, said they’d made their homes smarter to make their lives easier, while 17% simply liked having the latest gadgets, 13% wanted their home to be more fun, and 6% desired better looking technology.

When asked about the types of smart technologies people would want in their homes by 2020, some 44% said they’d like solar panels and/or an electricity battery storage system, 35% would like smart lighting, 20% wanted a voice controlled smart hub and 13% would like a charging point for an electric car.

Of those surveyed, 9% of home owners said they already have solar panels and of these 76% said they’re saving money, 65% said their home is more energy efficient and 30% said they’ve seen the value of their property increase, all as a result of having solar panels installed.

The research also found that 41% of those asked said that having a solar panel and battery system would make a potential home more appealing to them if they were looking to buy.

‘It’s really heartening that three quarters of households have already taken steps to make their homes smarter. But with a quarter of people saying they’re yet to take steps to make their homes more solutions savvy, there’s still much we can do to help people realise the benefits a smarter lifestyle can bring,’ said Gavin Stokes, head of commercial solutions at E.ON.

‘Many of the people we spoke to are already aware of the benefits solar and battery systems can bring, from saving money, to having a more energy efficient home, to making homes more appealing to buyers,’ he added.