House prices UK: Buyers out in force as sellers return to market in February 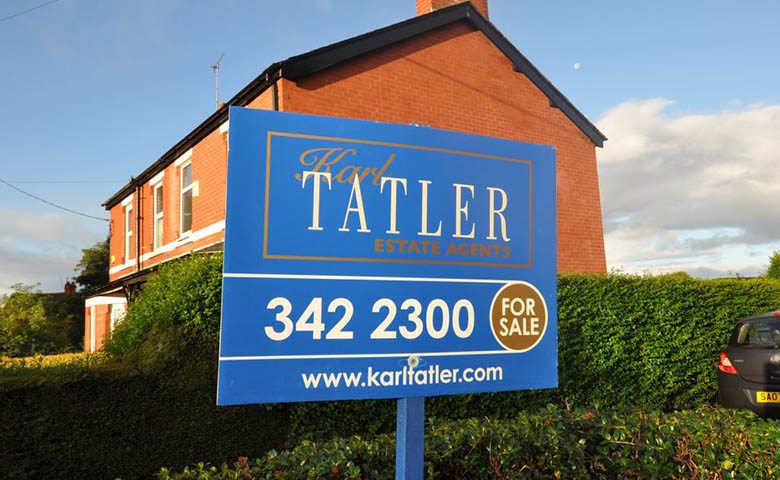 The report, which provides an overview of consumer behaviour and asking prices, rather than historical transactional data, shows a rise of 0.8 per cent in the last month to take the average property asking price to £300,001 in February, up from £297,587 in January.

But it’s not just asking prices that increased last month.

Finally, after nearly two years of record low levels of available properties in many areas, Rightmove also recorded an increase in properties listed for sale with estate agents.

Whilst the margin is small, at just a two per cent  year on year rise, it’s a significant step in the right direction and cause for muted optimism in the industry, although in real terms it still only equates to an average of just over forty properties per agent for sale.

The ongoing paucity of stock coupled with renewed buyer activity – with Rightmove registering over 141 million visitors to its website last month - has seen properties selling extraordinarily quickly in some areas over the last month.

Livingstone in West Lothian tops the league table with properties taking a mere seventeen days in February to achieve an offer, closely followed by the Midlands with Rugby and Nuneaton, Corby and Northamptonshire all seeing homes selling within three weeks.

In contrast however, London is still languishing at the back of the pack, with properties taking on average 83 days to achieve an offer, and prices still falling.

It’s likely that a level of realism in terms of the prices of properties on the market is contributing to the sellers securing offers in a reasonable period, as Miles Shipside, Rightmove Director and housing market analyst explained: “Whilst it is the norm for new sellers’ asking prices to be buoyant at the start of a new year, this first complete month in 2018 is seeing more pricing optimism than the comparable period in 2017.

"The political and economic uncertainty is out of sellers’ control, but they are in control of their asking prices, and in general they are not being overly ambitious or setting too high an asking price.

"This month’s rise of 0.8 per cent is well below the 1.6 per cent monthly average at this time of year over the last ten years, and it is wise for sellers to be cautious and not to over price given stretched buyer affordability.”

All regions have seen the price of newly-marketed property increase this month, apart from the South West seeing a very slight average fall of just £131.

However, the average annual rate of increase remains muted at just 1.5 per cent, and is likely to be skewed as a result of an annual fall in prices in the Capital.

These average figures mask a range of regional variations, as the Midlands sees continued upwards pressure on pricing.

As Miles Shipside observed: “The average price of newly-marketed property in the Midlands is up by over five per cent compared to a year ago, a marked contrast to parts of London and its commuter belt.

"Many buyers in the Midlands are willing and able to pay more to secure their future home in a faster selling market, resulting in Midlands prices rising three times faster than the national average.

"Much of the UK still has momentum, with good buyer demand for the right property at the right price, and the recovery in the number of sales agreed is another indicator of pent-up demand keeping the market moving.”

Brian Murphy, Head of Lending for Mortgage Advice Bureau said of the data: “Certainly, the signs all point to confidence still being in evidence, based on Rightmove’s highest ever monthly figure for visits.

"The two per cent national increase in properties coming to the market is a move in the right direction, however it probably won’t ease the supply and demand issues in many areas, with the average amount of properties on the market per estate agent dropping back down to 42, the previous low point at the beginning of 2017.”

Brian continued: “All in all then, whilst the overall feel might be one of restrained enthusiasm, it’s possible to suggest that’s not the worst place for us to be at the moment.

“With Carney’s recent comments pointing to another interest rate rise perhaps sooner than was previously anticipated, a property market that is keeping on an even keel, as this latest report would suggest, is far more welcome news than that of significant price hikes.”

Whilst over the last few years we’ve seen the pattern of transaction volumes become more level from month to month, rather than observing what used to be the seasonal peaks of the Easter and Autumn markets where both buyers and sellers were significantly more active, there are likely to be many agents across the country who will see today’s report as perhaps an indicator that we could see a resurgent Spring market over the next few weeks.

Certainly, it would seem that buyer demand is there.

It’s just a question of whether or not would-be sellers are prepared to match their enthusiasm.

Are you thinking of selling? Click here to arrange a free market valuation