Coping with base rate rise 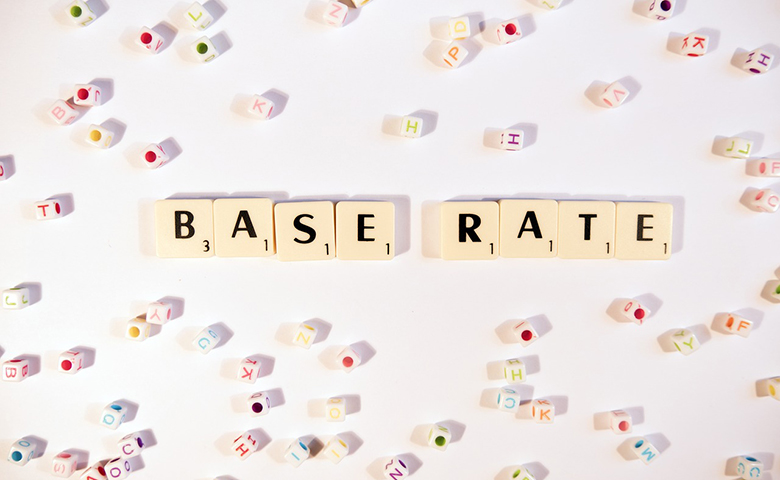 It’s now more than a decade since the Bank of England’s monetary policy committee (MPC) last raised official interest rates. Over that period, lenders have advanced around 2.4 million new mortgages to first-time buyers – none of whom have so far experienced an increase in Bank rate as a mortgage borrower. So, how will they (and other borrowers) cope with higher mortgage costs, given that a rate rise is now looking more likely?

The first point is that, even though three members of MPC voted for a rise at their June meeting, any increase in rates may still be some way off. Even before July’s unexpected fall in the inflation rate to 2.6%, the market had not been expecting a rate rise until the middle of next year. Perhaps even more importantly, the Bank has long signalled that rate rises, when they do come, will be gradual, giving borrowers time to adjust to gently rising borrowing costs.

Mortgage data
Nonetheless, it’s important for borrowers to understand that higher rates may be in the offing. It’s also useful to look at what the UK Finance mortgage data tells us about how well equipped they are to deal with higher rates. So, while lenders and borrowers cannot be complacent, there are some re-assuring messages from the data and from research into consumer behaviour.

The research shows that consumers themselves believe they would cope with rising rates, and that they prioritise mortgage payments over other financial commitments. And the data confirms that borrowers have so far responded sensibly to falling borrowing costs.

Fixed rates
As borrowing rates have trended downwards in the aftermath of the financial crisis, an increasing proportion of borrowers have taken the opportunity to lock into historically low mortgage costs by fixing their rate. So, more than 80% of new mortgages are now advanced at a fixed rate, and the total number of outstanding fixed-rate loans has increased to 4.2 million, or more than half of all regulated mortgages.

Many borrowers have a continuing preference for short-term deals, so roughly half those whose costs are currently fixed are still likely to experience a rate change this year or next. But our figures show that half of those on an existing fixed rate have a conservative loan-to-value (LTV) ratio of less than 60%. And, according to Moneyfacts, that would qualify them for an average new two-year fix at 1.57%. Even for those with up to 90% LTV, fixed rates are available at 2.73%.

Variable rates
But what about the prospects for variable rate borrowers, who are likely to be exposed even more quickly to any upward movement in Bank rate? Within this group, there is a long tail of around 1.1 million loans taken out before mortgage regulation was introduced in 2004. The average outstanding balance on these older mortgages is relatively low, at around £80,000, and most of these households are likely to be able to adjust fairly easily to a modest increase in borrowing costs as they move towards the end of the mortgage term.

That leaves around 3.9 million borrowers with a regulated variable rate mortgage. For this group, our data show that:

- Standard variable rate (SVR) borrowers are on higher rates, but have lower average debt. Customers on an SVR mortgage taken out since 2004 have an average outstanding balance of £91,000, compared to £141,000 for those on fixed rates.

- Borrowers with tracker mortgages have higher average balances, at £131,000, but they pay lower rates. The average outstanding tracker mortgage rate is only 1.73%, considerably lower than the rate applying to any other type of mortgage.

- Variable rate borrowers have lower monthly payments overall. For both SVR and tracker rate borrowers, the average debt size and interest rate produce mortgage repayments that are typically lower than for customers on fixed rates.

- Stress-testing requirements introduced as a result of the mortgage market review (MMR) ensure that loans can only be advanced to borrowers with the capacity to cope with higher rates.And the Financial Conduct Authority has acknowledged that, even before the introduction of MMR rules in 2014, the vast majority of lenders were already stress-testing affordability to a more exacting standard than the MMR required.

Of course, individual borrowers will be affected by a higher Bank rate in different ways. Those with savings may benefit from an upward movement, even if their mortgage costs rise. But other borrowers may have debt obligations over and above their mortgage, and lower levels of savings.

Research carried out by YouGov shows that most households believed they could cope with higher rates without further action, or by cutting spending on non-essentials or major items. But whatever the individual circumstances, lending practice and regulation should help ensure that the vast majority of borrowers have an in-built capacity to absorb higher costs.