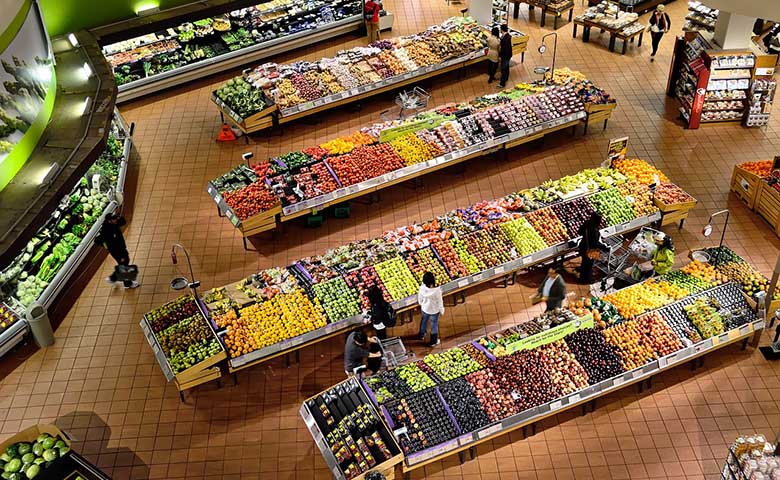 Supermarkets, being near a green space and public transport links are the most important issues for people looking to rent a home in Britain, according to new research.

But high crime rate, noisy neighbours and nearby sewage works are the most off-putting nearby amenities, the survey from tenant referencing and insurance firm HomeLet has found.

Some 50.9% of respondents said that being near a supermarket was important, 46.4% said a park or green space, 44% said good transport links and 29.3% want shops that stay open late.

Indeed, some 27.7% said that they would pay a higher monthly cost if they were able to be closer to parks and green spaces, while men were more likely to pay more to live near desirable amenities such as supermarkets and public transport link.

Being a former crime scene would put off 37.6% and a death in the property would put off 23.7% while overall, women more likely to be turned off by negative factors than men.

However, people were willing to compromise if it meant a saving on their rent. For example 41.1% would live in a home with the number 13 in the address if the rent was lowed, 40.8% would put up with a graveyard nearby, 27.8% a motorway and 26.3% a telephone mast.

‘Everyone has their own needs and personal tastes when it comes to choosing where to live. Whether it’s having green open space or being in the hustle and bustle of a city centre, choosing where we call home can be a huge decision,’ said Rob Wishart, group data manager at HomeLet.

‘It’s worth keeping the things that are important to you in mind when searching for a property to rent. Our research suggests that supermarkets, green space and public transport links are the most desired nearby amenities, whereas high crime rate, noisy neighbours and nearby sewage works are the most off-putting,’ he added.

Looking for a property to rent? See our availability here.