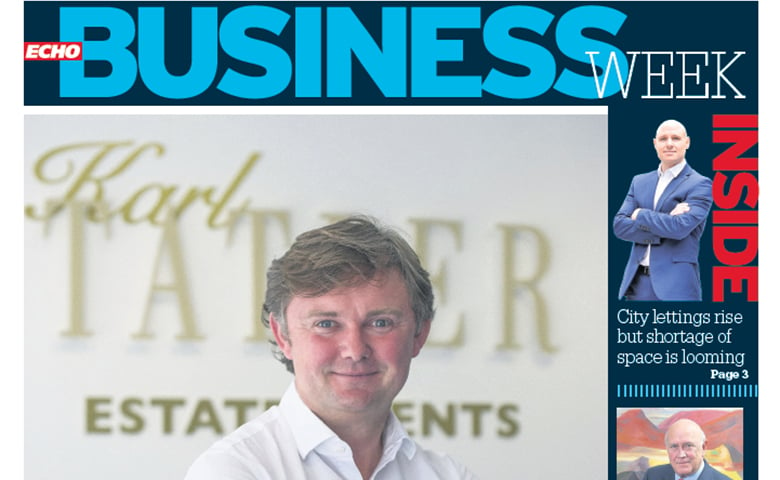 We were proud to be “Small Business of the Week” in the Liverpool Echo recently. Read Karl’s interview with Neil Hodgson below.

Karl reaps rewards of the digital crusader of estate agents

Karl Tatler switched on to the digital age very quickly and, consequently, was able to establish a niche as an estate agent at the cutting edge of technology.

He quite likes the mantle of being the digital forerunner for the industry.

The first Karl Tatler branch opened in Pensby Road, Heswall, in December, 1997. He said: “When I opened it was typical for competitors to have black and white photocopied brochures, which is unthinkable today.

“There was no digital photography or internet. The internet was just becoming available at the time. I think 1995 was the first website.

“We were the first estate agency in the North West to have a website and to use digital photography and digital print.”

He said stealing a technolological march on competitors enabled the business to establish its own unique selling point, or point of difference.

'Can you find that point of difference?'

The strategy was so successful Tatler posted a profit in its first financial year.

That achievement was even more impressive given Karl’s branch was located between two of the biggest corporate chains on the market at the time.

“People thought I was mad opening this office right between them. But that is where I wanted to be, so people could see that very tangible difference that we have.”

He revealed that his digital crusade was down to the Luddite views of a former boss.

After starting in the industry as a trainee surveyor in 1985 he ended up working in Heswall for a large independent chain: “I was really happy in the company but wanted to introduce digital and computers.

“Having done the research on the value it would bring to a business I did a presentation to my boss, but he wasn’t sold on it. I thought my boss would say it was a no-brainer. Clearly he didn’t. But, for me, that was the best decision ever made for me. By saying no, it forced me to make a decision.”

Karl presented his case to NatWest bank, who liked the plan and model and forecasts, and agreed to significant funding to get his own business off the ground.

He opened on Pensby Road on December 8, 1997, which, he says, made perfect sense: “If you think of a soft opening for a restaurant, they’re not going to open on a Friday night and keel over, so by opening in the quietest time of the year you have really got yourself bedded in and in January when the market starts to pick up you are ready to give 100% customer service.

“We have opened all our offices in quarter four for that reason.”

From a staff of four in 1997 the firm now employs 64 and, says Karl, is on a permanent recruitment drive to match its ambitious expansion plans.

He is fully aware that everyone is digitally-savvy now, so the business has to offer a new point of difference to stand apart from its peers.

“Everyone is on digital printing and computers and websites, so our point of difference is the one thing people can’t copy, which is our level of customer service.”

'We are still seen as a market innovator'

He explained: “I have a full time employee obtaining feedback from our current clients to measure what they think of us, not what we think we are doing.

“And we are still seen as a market innovator for our offices, websites and brochures.

“Although the majority (of competitors) are a lot closer now, if you pick up our brochure compared with others you will see a subtle difference, and the same with our offices and website, and everything, added together, makes a collective big difference.”

The branches feature, in a prominent position, ‘thank you trees’ containing an impressive variety of cards and notes from satisfied clients as testimony to staff efforts.

Karl said: “Those cards on the tree don’t just arrive.

“People have to write them, or deliver flowers or champagne to our staff, and you have to do something special for that.

“Our people have to know what ‘great’ looks like, and that is part of our training and induction process.”

He says the current housing market is affected by uncertainty over Europe: “I don’t think anyone knows what impact it will have if we come out.”

However, he says the market is steady, with plenty of house sales, and post-EU Referendum he believes the economy will improve.

“We can see that from our buyers and the number of applicants registering to have their houses valued.

“Properties, at the right price, are in demand right across the board.”

Article reproduced from Liverpool Echo Small Business of the Week feature published on 12th May 2016. 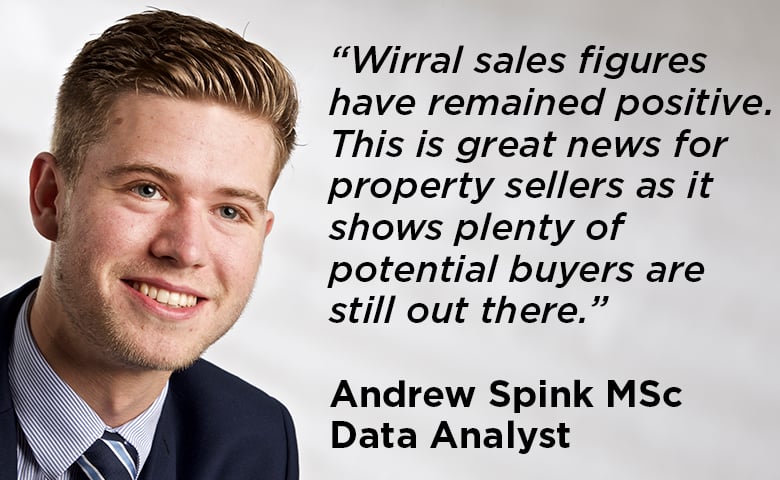 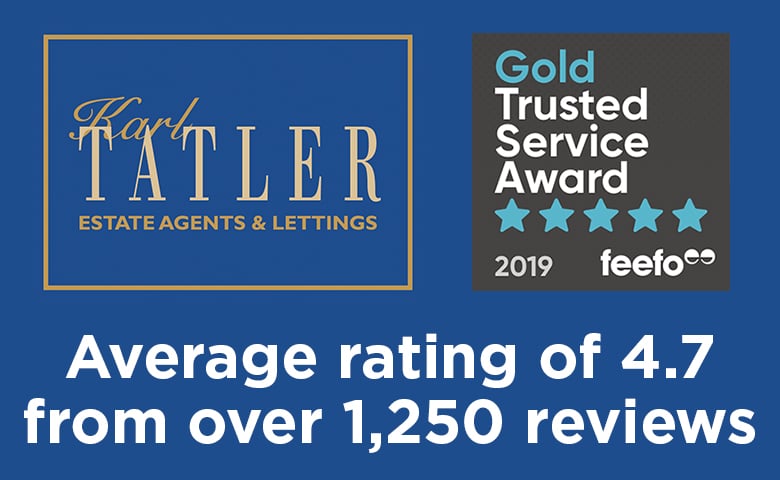