11 million people to downsize their homes within 20 years 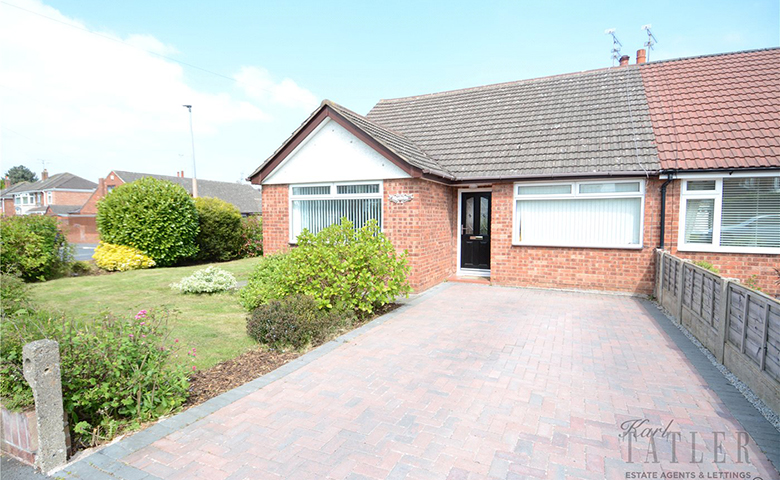 The UK could be on the brink of a huge property shift as 5.7 million consider moving to smaller homes, new research suggests, but they have few suitable homes to move to.

Half of those aged 65 and over would be tempted to downsize, an increase of 300,000 people in the last 12 months, according to the latest data.

Around 38% of the age group would consider downsizing now, with an additional 10% encouraged to move with a stamp duty exemption, says housebuilder McCarthy & Stone as part of its annual Retirement Confidence Index.

With owners aged 65 and older expected to release an average of £80,000 each, and currently owning property worth around £1.5trn, this could equate to £450bn of equity to be spent on retirement funding or other expenditure at a time when the nation’s social care funding is under increasing pressure.

Roughly £720bn worth of property, including around 2.8 million bedrooms currently empty in older owners’ properties could be freed up for other buyers on the property market, McCarthy & Stone assert.

But with long-standing suggestions that government could actively encourage downsizing through a series of measures including such tax exemptions, that figure could increase to more 11 million within 20 years.

This, the housebuilder – which constructs specialist retirement homes - says, would release around £877bn worth of equity.

“The rise in the number of those who want to downsize is an inevitable consequence of the UK’s rapidly ageing population,” says Clive Fenton, CEO at McCarthy & Stone.

“Within the next twenty years, those aged 65 and over are expected to grow by almost 50%, which will expose the UK’s grossly inadequate level of suitable housing for older people if we maintain the current status quo.

As things stand, he warns, they are put off moving to smaller property due to the lack of suitable housing and the cost, he believes. “The Government needs to put specialist retirement housing and other forms of accommodation for older people higher up the agenda or we will simply lack the necessary infrastructure and support services, particularly from a health and social care perspective, to deal with such a huge demographic shift.”

“The Government must build on the positive wording in the Housing White Paper and consider how it can influence market supply. The Government’s Help-to-Buy scheme and other initiatives aimed at first time buyers have spurred market supply of homes at that end of the spectrum but has done nothing to help the housing choices of those in later life.”

And this isn’t simply a case of a retirement home builder pushing for a bigger market. Jeremy Leaf, north London estate agent and a former RICS residential chairman, says: “Every study about downsizing seems to confirm that there is huge untapped demand from retirees looking to move to smaller homes but the lack of suitable options is proving a deterrent.”

Knight Frank recently reported that there are now only 715,000 homes or 2.6% of total stock in this country classed as ‘retirement housing’ ranging from age-restricted developments to care housing, and the numbers are only rising very slowly.

It found that 25% of over-55s would consider moving into purpose-built retirement homes in future - a potential pool of demand of nearly 2 million homeowners.

“If more over-65s downsized then the housing shortage could be eased bearing in mind the amount of existing accommodation, which is substantially under occupied,” Leaf adds.

“Many retirees would like to sell in order to fund their retirement by moving down the ladder or help children or grandchildren move up the ladder.

“One radical solution, rather than rearranging the deck chairs on the Titanic, could be for downsizing or all vendors, rather than purchasers, paying stamp duty as an incentive to help unblock the market.”

His suggestion comes as Lloyds Bank calculated this week that homebuyers in England and Wales paid £8.3 billion in stamp duty in 2016 compared with £7.1 billion in 2015 - a 17% increase despite reforms to the tax that came into effect in 2014.

The average home owner now pays £12,693 in stamp duty over their lifetime as they move up the housing ladder.

“Alternatively, older people could share larger houses with their grandchildren, possibly converting their family homes to flats rather than being isolated and dependent on outside care while younger people pay high rents for sub-standard accommodation,” says Leaf.

“Whatever happens, the Office for National Statistics (ONS) said the number of over-65s is projected to grow twice as fast as the working age population over the next 10 years so the problem needs to be addressed sooner rather than later.”

Are you thinking of downsizing? To find out the value of your current property, you can arrange a free market valuation here.